Spotlight On Football Betting in Nigeria

by Expert Team
2 years ago 0

Nigerian Football betting can be traced back to colonial times. However, whereas it was formerly practised by older adults in large part, today the majority of the country’s bettors are youngsters. Both land-based and online bookmakers are incredibly popular.

In some ways, the gambling boon is good news for Nigeria. The national budget for 2020 is close to ₦11 trillion, and reports suggests that around ₦730 billion (roughly ₦2 billion every day) is spend on sports betting – meaning the activity is generating considerable revenue.

However, there are some serious problems in the current betting environment, and its detractors have been quite vocal in their opposition. Like other emerging gambling markets in Africa, Nigeria is trying to maximise the benefits while mitigating the costs.

The Poverty and Unemployment Scourge

Nigeria has a population of roughly 200 million, and an estimated 87 million of those citizens are categorised as “extremely poor”. National Bureau of Statistics recorded a youth unemployment rate of 29.7% in the third quarter of 2018.

Under these circumstances, the prospect of making money quickly and easily – as a gambler or a bookmaker – is understandably tantalising. Though sports betting is legal in the country, the temptation of speedy profits is enough to make people want to cut through the red tape and there are several illicit operators in the country.

A Surge in Internet Use

According to the Nigerian Communication Commission there are 122 million Internet users (more than half of the total estimated population) in the country. The percentage of citizens with mobile phones was 84 in 2017 and is likely to be even higher now.

The exponential growth of Internet use in Nigeria is attributed to the low cost of connectivity, and while many people can’t afford desktop devices almost everyone has enough money for a smartphone contract. This provides an ideal platform for sports betting activities that dovetail seamlessly into daily life.

The easy Internet access and lack of economic security or prospects has provided fertile ground for Football betting enthusiasm to mushroom in Nigeria. The blend of traditional beliefs and modern activities is clearly illustrated in the way many bettors use “good luck charms” to “spiritually enhance” their chances of winning.

With young people feeling especially desperate about the unemployment situation, it’s unsurprising that they are now the largest proportion of sports bettors in the country. A serious spike in teenage theft, to fund Football betting, has been reported. There are also concerns, as there are in other African countries where sportsbooks are becoming dominant economic drivers, that problem behaviour may spiral into addiction for many of these youngsters.

While industry regulation is important and would allow for customer protection and proper taxation, experts say this is not enough to deal with gambling issues in Nigeria. The widespread poverty and unemployment, among all age brackets but especially among those under 35, must also be addressed. Whether or not this will happen remains to be seen. 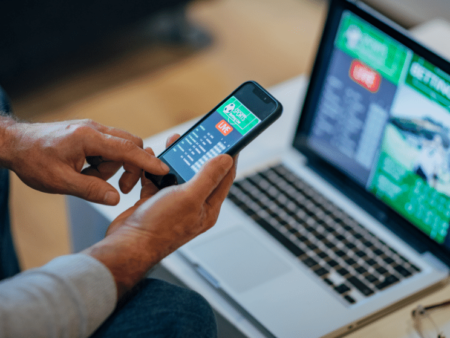