by Expert Team
3 months ago

Betting in Uganda may undergo a drastic change. Some lawmakers are suggesting that betting should not be allowed during the daytime. The proposal is that betting be banned except between 5 pm and 2 am. There is no word yet on how seriously the ban is being considered.

The idea comes from committee member Enos Asiimwe. He suggested the concept to the Lotteries and Gaming Regulatory Board (LGRB) with no official response yet. According to Asiimwe, he is concerned about the youth of the country. He reports seeing some youth at betting stations as early as 10 am, which he says proves they are not being productive.

Not a Real Solution

A local lawmaker Jane Pacutho retorted that limiting betting isn’t a solution. She explained that reducing betting availability won’t reduce interest. Instead, it will simply condense interest to certain hours, she elaborated. She concluded that such a ban would only make bettors likely to not return home until after 2 am.

Besides the factors pointed out by Pacutho, there are other problems. Uganda is in a time zone hours ahead of New York and hours behind Australia. Most sports betting occurs in real-time, given that odds may change at short notice. Restricting betting times would create an unrealistic situation for bettors. Bets would have to be well in advance, potentially resulting in unforeseen outcomes.

Enforcement of the law would also be impossible. In Uganda, around 60% of betting takes place online. Monitoring betting sites would be close to impossible. Or at least regulatory watchdogs would be given a near-impossible challenge.

Not a Bad Idea

The LGRB recently presented its budget to the Committee of Finance. In a statement, LGRB CEO Denis Ngabirano stated that many challenges must be overcome. He first stressed that US$567,000 is needed to integrate electronic monitoring systems. He added that the systems are required to help safeguard bettors and reduce money laundering fraud.

Ngabirano also suggested that betting shops’ operational hours might be necessary. He argued that the betting industry needs to be cleaned up, adding that limited working hours may help. He pointed out that more regulations are needed across the board.

Notably, Ngabirano didn’t specifically say anything about a daytime ban.

Sports betting in Uganda is on the rise. The country first attempted to ban betting, but that idea was undone by online bookmakers. The government decided instead to tax betting heavily. A 35% tax rate was the first proposal. That number dropped to 15% not long after. Now local sports betting has never been more popular.

As local interest has climbed, overseas interest has also blossomed. iGaming giant 888 Holdings has expressed interest in the local market. If the company decides to make a move remains to be seen. The only thing is that the market is showing no signs of slowing down. 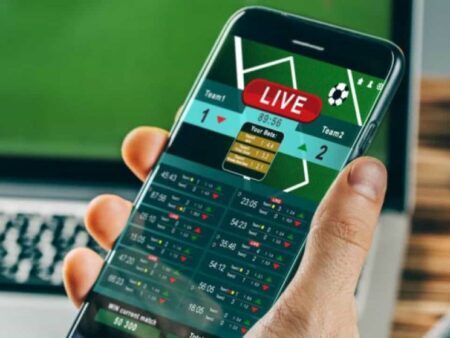