by Expert Team
5 months ago

The online betting industry in Africa has problems. Gambling is growing exponentially, and governments don’t seem to know how to handle it. It has become commonplace for betting scandals, some so big that they rock an entire community. In Nigeria, a scandal was being referred to as #MsportScam. The occurrence was so troubling as to have raised questions about African betting.

The Nigerian scandal started with a Twitter account called @MayorofTwitter. The account is known in local betting communities, primarily due to the so-called ‘Sure Game.’ Sure game is a betting prediction seen as very likely to succeed. @MayorofTwitter gives out such predictions to followers.

In this case, the Sure Game focused on a bet that needed only an N7,500 stake. If the bet won, it would pay out a massive N5.5 million. The bet went viral across Nigeria, putting MSport in a difficult position. What would the company do if the bet was paid out?

Details of the Betting Scandal

The answer is that the operator went out of their way to avoid paying. In a remarkably questionable move, MSport changed the odds of the bet. This meant that instead of getting N5.5 million, winners would only be getting N1.5 million.

To be clear, it isn’t unusual for sportsbooks to change odds. Usually, odds are changed before a match finishes to keep things fair. In this case, MSport changed the odds long after the game had concluded. It seemed very clear that the move was primarily to avoid a big payout. Needless to say, Nigerian bettors were enraged. Many took to Twitter to voice their grievances, and the hashtag #MsportScam was born.

Angry bettors made such a noise that the National Lottery Regulatory Commission (NLCR) caught wind. It is the job of the NLCR to keep such matters under control; even still, few expect anything to get done. This is where the story really gets interesting.

NLCR Director General Lanre Gbaja met with MSport’s Funmilola Akingbelu. Soon after, N5.5 million was paid to those who owed it. It is a rare case of authorities stepping up to ensure justice is served. Nigerian bettors took to Twitter to celebrate, praising the NLCR for doing the right thing.

Director General Gbaja made a statement. He declared that he would always work to resolve such matters amicably. He also mentioned that the Commission will continue to tackle illegal activity in the Nigerian betting market.

The matter with MSport got resolved, but bettors aren’t so lucky in other cases. 1xBet refused to pay a $22 million winner in Cameroon, resulting in a riot. In another case, SportyBet in Nigeria altered its policies to avoid ever paying out more than N25 million. Fraud and illegal activity are still rife in African betting markets.

In other parts of the world, regulations are just as turbulent. Germany has struggled to settle on policies for years, with gambling outright banned in many areas. In the United Kingdom, debates rage about which gambling laws should be in place.

The fact is that African countries need to make their own way. Bodies like the NLCR should be working tirelessly to keep bettors safe. Yet still, it is common for fraud to occur and no one to be held accountable.

Football betting is popular in Nigeria and all of Africa; all bettors ask for is a safe industry. Governments seem unsure how or are unable to provide that safety. However, it isn’t all hopeless. The NLCR proved that it is capable of resolving issues. The question is why more of these occurrences aren’t being handled with as much enthusiasm.

It would be nice to see sweeping changes made going forward. If African countries allow online betting, they should also be capable of controlling the market. New policies are needed, as well as regulators capable of taking action. In many cases, regulatory bodies cannot even act against badly behaving corporations.

The bottom line is that things will only worsen unless steps are taken. Hopes are that the action taken by the NLCR is the first of many. It remains to be seen if other African countries will follow the example. 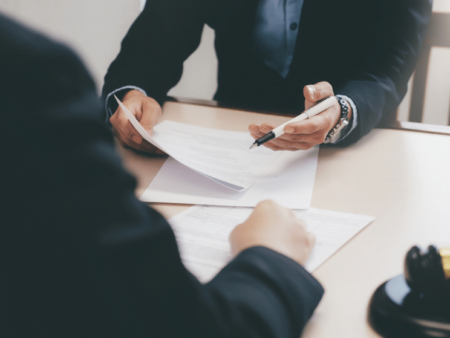