Betfred Under Fire for Sepels Acquisition

by Expert Team
8 months ago 0

In April, local South African newspaper, The Star, published an expose. They revealed that Sepels Sportsbet may not be in the legal possession of the 12 gambling licenses claimed.

Sepels Sportsbet intends on offloading those licenses to Betfred as part of a whopping R100 million deal. Such a deal will however first have to be approved by the Gauteng Gambling Board, who will leave “no stone unturned” in ensuring the lawfulness of the sale.

The Main Issue at Hand

According to the report, the gambling licenses were issued not to the operator itself, namely Sepels Sportsbet. Instead, they were issued to its original founder, Mr. Cyril Sepel.

The main issue rests with the fact that Sepel is now deceased. This means the licenses now vest in the deceased estate. According to the newspaper, the estate has not been able to transfer the 12 licenses from the deceased to Sepels Sportsbet.

The newspaper had reportedly asked Glen Sepel, son of Cyril Sepel, and executor in the deceased estate, for comment. However, Sepel Jr wasn’t willing to give any details of how the deceased estate had legally transferred the licenses. Sepel claimed this was confidential information about the contract of sale involving Betfred.

The newspaper also approached for comment Morne Pieterse, Betfred’s head of operations in South Africa. According to Mr. Pieterse, Betfred is aware of the allegations. He however offered no further guidance on how the operator plans on dealing with the issue.

A member of the Gauteng Gambling Board, meanwhile, reportedly told the newspaper that no unlawful conduct or “shortcuts” will be tolerated. According to the anonymous spokesperson, the board has yet to decide whether the transaction will require approval by the Competition Commission of South Africa.

The spokesperson also indicated that the Gauteng Gambling Board is considered an “accountable person” per Section 34 of the Prevention and Combating of Corrupt Activities Act. It will report any transaction suspected as fraudulent to the Hawks.

Since the South African betting operator, Sepels Sportsbet is reported to have accumulated R100 million in gross revenue in 2021 alone, the transaction will be made subject to approval by the Competition Commission.

According to Johannesburg lawyer Ulrich Roux, any transaction involving a global buyer and a local gaming enterprise, with global revenue exceeding R100 million, must be approved by the Competition Commission as well as local gambling regulators.

The newspaper claims that Betfred has offered Sepels more than R100 million for the operation and licenses. This makes it all the more important that it is legal. 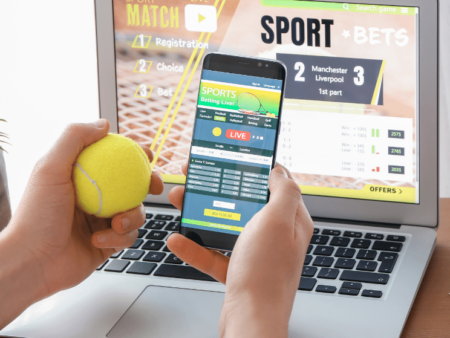