by Expert Team
4 months ago

Over the past decade, Kenya has been one of the fastest-growing countries technologically in Africa. The country has become one of the tech leaders in Africa and was recently named the Silicon Savannah due to recent expansions.

Kenya is showing no signs of slowing down the technology expansion either. The government recently promised around $210 million of the yearly budget to ICT programs.

Some of the significant tech projects that have helped develop this sector in Kenya include the Konza Technopolis, Kenya’s first-ever smart city. Fixing and maintaining the National Optic Fibre Phase II expansion cable is also to credit.

However, the main contributor to the growth in Kenya is the booming FinTech industry cultivated in the country.

Intense mobile penetration, faster internet speeds throughout the country, and a commitment from the government to continue tech growth have all played significant roles in this Kenyan tech surge. The bond between these factors is the solid financial inclusion initiatives implemented nationwide.

These improvements have allowed the general economy in Kenya to improve significantly. Citizens can now send and receive money quickly and easily. This has led to more start-ups around the country, as safe transactions are quick and easy.

Kenya reportedly also has the second largest mobile money market on the planet. China is ranked first. According to the National Bureau of Statistics, there are currently around 35 million mobile money subscribers in Kenya.

This massive market has led to huge profits. The mobile money industry recorded over Ksh15 trillion transactions in 2021 after ksh9.4 million the previous year. These numbers are the highest on the continent, with Ghana in second place.

Experts have predicted these numbers will continue growing over the next few years.

The companies spearheading this mobile money surge in Kenya include Safaricom and M-Pesa. This is backed up by recent figures released by the Central Bank. These figures show that M-Pesa holds 99% of the Kenyan mobile money market. Other companies like Telkom and Airtel have a lot of ground to make up.

The growth in mobile money has had a knock-on effect on the FinTech industry in Kenya as that’s experienced its own boom. These directly impact other sectors of the Kenyan economy, including power, telecoms, and online betting.

My Betting Sites Kenya recently stated that most sports betting operators in the country use M-Pesa as their primary deposit and withdrawal platform.

Safaricom recently also revealed the astronomical numbers around betting in Kenya. They stated that, on average, Kenyans spend Ksh463 million on M-Pesa sports betting. This makes it the second-largest revenue generator for the entire country after business-to-consumer payments.

This reflects the incredible growth of the Kenyan mobile money industry.

Mobile money has had many positive consequences for the country. It’s empowering the citizens, growing the economy and increasing the tax revenue generated by the government. This has led to the improvement of the general infrastructure of the country.

This chain of events has not only improved the lives of many Kenyans. It has also pushed the country to be one of the African leaders in tech development. This is no small feat, and it deserves recognition. 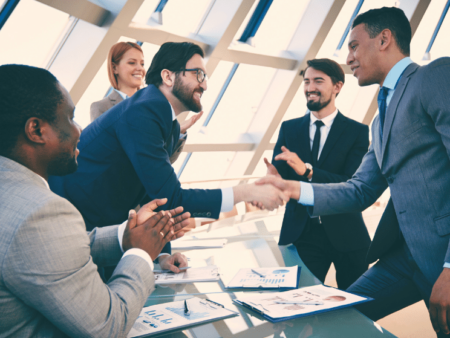