Number of Sportsbooks in Kenya Reaches 100

by Expert Team
9 months ago 0

The number of licensed sportsbooks in Kenya has ballooned out of control. It wasn’t long ago that the local government expressed an intention of clamping down on the betting industry. Despite the efforts, the number of firms has continued to grow.

A recent report by the Betting and Licensing Control Board (BCLN) put the facts into perspective. At this time last year, the number of licensed operators stood at just 76. This indicates a growth of 31.5%.

The government’s efforts to reduce gambling involved increasing taxes. Duty on bets was increased to 7.5%, though was originally meant to be higher. This means that of every Sh100 staked the government takes Sh7.50. Additionally, 20% of anything won also goes to state coffers. The intent was clearly to make gambling a less attractive prospect. However, the industry has continued to grow at an exponential rate.

Chief executive at the BCLB Peter Mbugi shed some light on the situation.

Mbugi explained that the increase in sportsbooks is due to investment from within Kenya. He elaborated that almost all of the 24 new betting brands in Kenya are locally owned. He added that interest in gambling has only increased since the start of the year.

Looking closer at the new organizations, they include Safebet, Hollywood Bets, Unibet and Muvana Limited. All fall under the umbrella of the company Zukabet. Another new operator is Mofabet registered to Johannes Swift. Meanwhile, the already established SportPesa has been seeing unprecedented success. With a soaring local interest in sports, the company has also succeeded despite the hike in taxes.

The BCLB revealed that sports betting raked in Sh204 billion in 2018. It was this number that concerned government officials, prompting them to bump up taxes. Officials began to question just how big an impact gambling would have on a social level.

The biggest concern revolves around young Kenyans. The local youth tend to see betting as a way to make quick money, regardless of their financial status. More concerning is that 54% of young Kenyans putting down wagers fall into the low-income bracket.

The reality is, Mbugi stressed, that only very few bettors ever walk away with large sums of money.

Looking closer at BCLB statistics reveal that Sh83.2 billion was wagered during the 6 months up to September. This is taking into account Safaricom’s M-Pesa betting platform alone. More concerning still is that the total is up 69% if taking into account the previous year. The numbers indicate that sports betting is turning into a craze.

It is companies like Safaricom, as well as the Kenya Revenue Authority (KRA,) that are taking home most of the revenue. Safaricom boasted an income of a staggering Sh2.95 billion. This is double the amount stated in a report from last year. The KRA meanwhile is estimated to have raked in Sh6.2 billion on M-Pesa alone.

A Spotlight on Earnings

Interestingly it is only due to a court case that the above numbers have come to light. The KRA went head to head with Pevans East Africa, resulting in gambling-generated income being revealed. Pevans East Africa was the first organization to offer Kenyans sportsbook services. During the court case, official papers revealed that the Pevans brand SportPesa took home Sh149.7 billion in 2018.

It isn’t clear if the current surge in local gambling interest will subside. Given that the industry has continued to grow despite new taxes is telling. It likely won’t be long before the government takes additional steps to curb what is quickly becoming a nationwide situation. 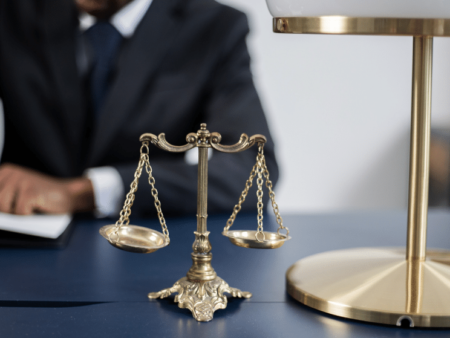